Let's have unmetered ABC on the NBN 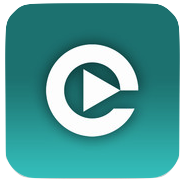 We are regular users of the ABC iView service. Combined with an Apple TV, Boxee, or other AirPlay capable TV device, this is the best way to watch ABC programs.

The problem for many users is that they run the risk of exceeding their internet plan's limit.

It occurs to me that a great synergy that the Australian Government could take advantage of would be to make the streaming of ABC content unmetered over the National Broadband Network.

We'll have broadcast TV and radio transmitters for a while yet but in the end it's all data. Making the NBN a free distribution channel for ABC content seems like a logical idea. Anyone in favour?
Posted by Peter Marks at 6:03 PM

Count me in on that one.
I'd include SBS in it too. Though I'd expect a lot of bleating about "unfair competition" from the private media companies.
The setup I've got here at home is stupendously confusing. Two internet connections - IInet which has a "freezone", providing unmetered Iview, and Optus which doesn't. Add to that I've got a "smart TV" (more like "stupid TV") which claims to show Iview but doesn't - it logs on the TV manufacturer's server which mirrors only a subset of Iview - and it's metered, not through the freezone, even if I'm on the IInet connection. So I've bought a WDTV box that shows the regular Iview through the IInet freezone. Meaning
I've got a 1 in 4 chance of getting the right setup for freezone. Please, pretty please, just run it through the NBN and have it always unmetered!
And another whinge... how about a proper HD feed through Iview? The present signal (through either connection) is rubbish quality - I reckon it's worse than an SD broadcast signal.
cheers
Peter