Through local ham, Robert, VK2ZNZ, I've had the privilege to meet Jack Meijer who restores and more amazingly builds valve radios. Jack has a wonderful workshop in the garage. 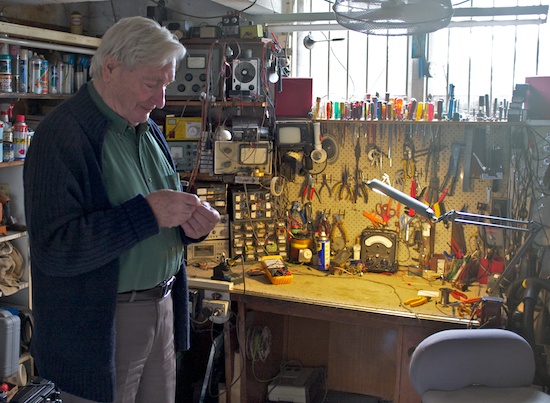 The radios he builds are often in perspex so you can see the interesting components such as the variable coupled inductor on the left in this regenerative receiver. 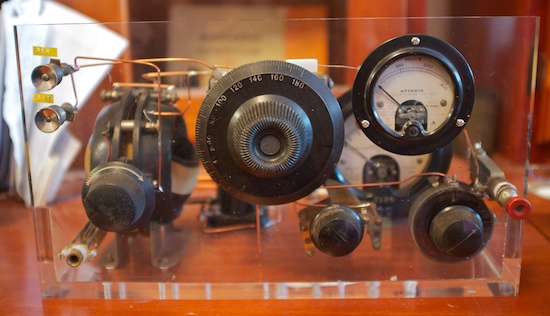 Jack is 87 and while he has a few physical complaints he's clearly very healthy, alert and doesn't even need glasses! 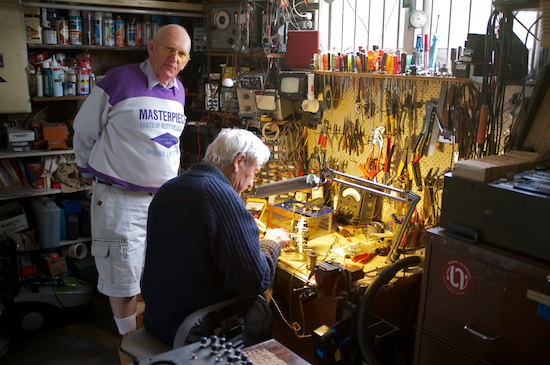 A very neat workbench too. There was a time that valves were manufactured here in Sydney Australia: 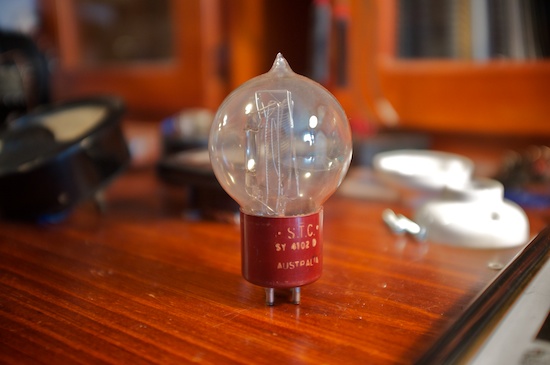 Some of the older valves came in elaborate metal tubes too: 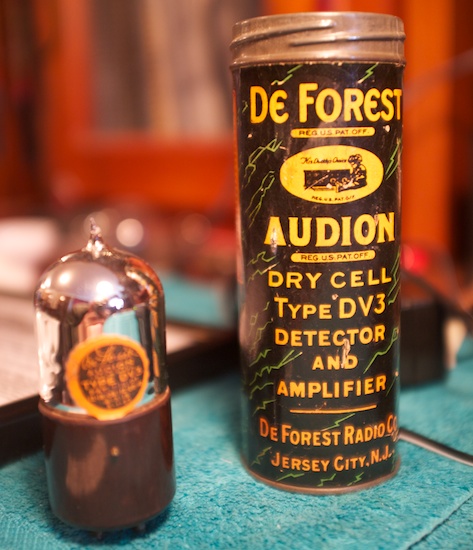 The list of patents show that these valves had a very long life span as the current technology.

Jack constructs really beautiful equipment, the last time I saw wiring like this was in the 80s when I had the pleasure of working with Wally Chaimberlan at 3DB. 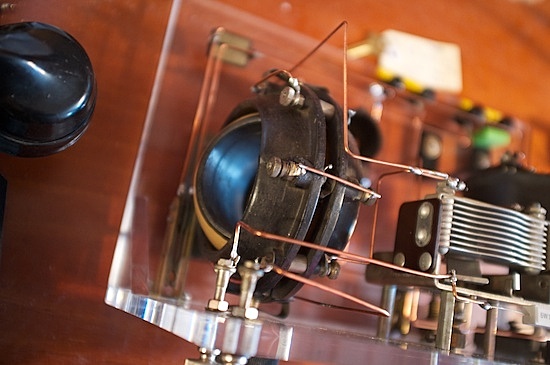 Note: I previously mis-spelt Jack's surname - sorry about that.
Posted by Peter Marks at 2:11 PM