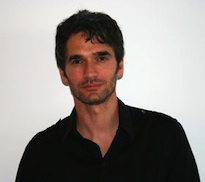 Always liked Todd Sampson, CEO of Leo Burnett advertising on the Gruen Transfer but on Q and A on the ABC last night he totally blew me away.

This guy is the smartest, quickest, most sensible person I've ever observed. His instincts are spot on. His emotions are well placed.

What sweet irony that he works for a spin company!

Why on earth did the Nobel peace prize go to the president of the United States? Obama is already the most powerful leader in the world, why not give the prize to a Tebetan activist in a Chinese prison or something? Something that will make a difference.

How lucky we are to have Todd in Australia as a contributor to the intellectual debate in this country. Hang in there mate, and one day you'll get the Nobel prize too.
Posted by Peter Marks at 9:10 PM