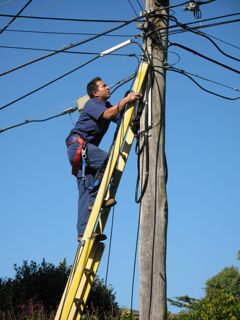 Ok, Optus has turned it back on. Strange that a churning phone can be disconnected before being connected to the new carrier. I guess I'm being punished for being pesky.
Posted by Peter Marks at 2:50 PM