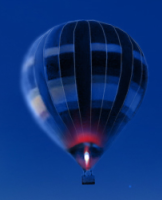 Here are my initial impressions of Fedora 7 final on a modern Intel motherboard with built in video, ethernet and sound. I grabbed the torrent today.

Install was smooth. After that you create a user account and configure sound, then for some reason you need to reboot.

I set the machine to get an IP address via DHCP so the first thing I wanted to know was the IP address. Usually I run terminal and do a /sbin/ifconfig but terminal has moved to the "System Tools" menu. Fair enough I guess. I tried to find the IP address in System/Administration/Network but I couldn't find it there.

It might be good to make the IP address easy to find. The Places menu has a bunch of new locations, not just Documents but Music, Pictures, Videos, and Downloads. Seems like a good idea, but these are all folders that already exist in the home directory which does rather clutter things up. I'm unlikely to be doing much video on my linux box.

The updater killed the machine for a little while and then told me there were a number of updates. When I asked for them it said "Unable to retrieve software information" presumably the fedora updates site is being hammered right now. Still, the message wasn't informative.

First launch of OpenOffice was a bit slow, but after that it was really great. If someone wants a computer to to web browsing, word processing, spreadsheets and simple presentations then this Linux distro would do the trick. For everything else, get a Mac.

Under look and feel, there is something called "Desktop Effects" that can make windows wobble and do the Apple cube effect when switching desktops. This is surely a waste of time and just a pointer to what's to come in the future. I tried it but quickly turned it off.

Now that we have Firefox, one computer operating system is pretty much as good as another. I went to cnn.com, it said I needed Flash, I agreed and it was installed smoothly without re-launching the browser. Great stuff.

At work we deploy on Fedora 6, 7 comes with Python 2.5 so I'm pretty confident everything will just work (but I'll let you know).

My IDE of choice Komodo 4.1 seems to work just fine (actually a bit better than on MacOS).

Were you ever able to figure out how to find the ip address? Having a similar problem...

The fallback is to bring up a console and type ifconfig.

My point is that it should be available in the user interface without ever needing a console.

Yeah, but ifconfig is apparently not available in Fedora 6 on PS3. Any other ideas?

Hmm, don't know about the PS3 version but you might find you need to do /sbin/ifconfig