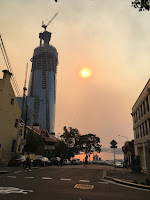 As you might have read, (particularly for international readers), the bush fires this summer in Australia are unprecedented. At the time of writing, more than 1,000 homes have been lost.

Waking in the morning either smelling wood smoke, or seeing the sun obscured by smoke makes me head to one of the maps showing where the fires are.

The most popular source is the Rural Fire Service's Fires Near Me site and app which looks like this. 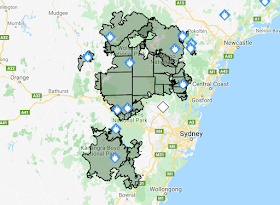 There are other sites with good information such as the ArcGIS fire map which shows hot spots. This is interesting because the CSIRO is using infra-red data from satellites to map hotspots (which may or may not be from fires). 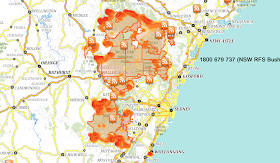 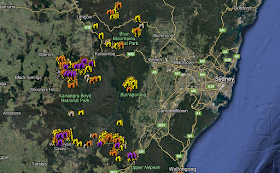 To see smoke, we can use the Bureau of Meteorology's Sat-View site. This works even better if you play the animation. 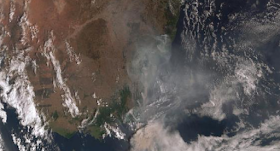 Another good one is zoom earth. 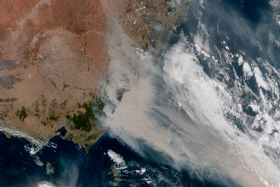 When the smoke is really bad it turns up on the BOM rain radar site. 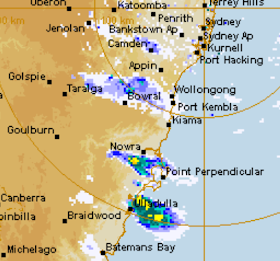 Here's some tourists taking a selfie in front of the Sydney Opera House. 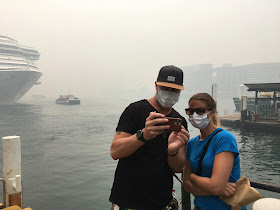